Child Behavior Clinic’s blog is reader-supported. Sometimes we make unbiased recommendations of products we believe in and trust. When you buy through links on our site, we may earn an affiliate commission as an Amazon Associate or from other vendors. Learn more. 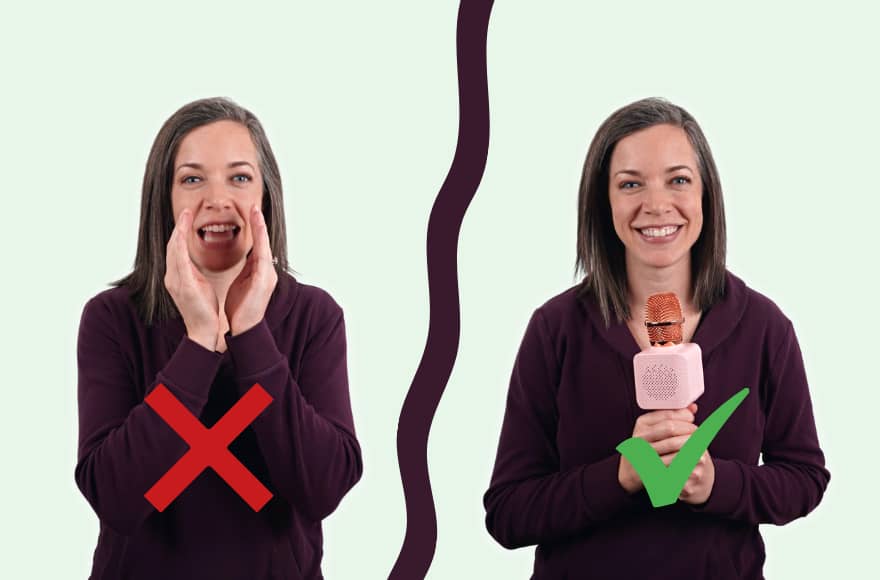 This might be a bit controversial, but I believe there are many things that kids do, that are annoying or frustrating or inappropriate in some way, that they don’t need discipline or consequences for. There are several ways to deal with kids’ misbehavior that still keep your relationship with them a priority and strong, and teach them appropriate and healthy ways to behave that will keep you both feeling good. And I’m going to talk about ways to do that in this video.

One of the ways to do that is about what you focus on during special play time, so if you haven’t yet, go back and watch my previous two videos on what to do and what NOT to do during special time first so you’re up to speed. Then come back here and finish this video.

Ok, so like I said, one of the tips is about how to make the most of your 1:1 special play time, when there’s something specific you’re struggling with with your child. So special play time is all about spending 5-10 minutes every day playing with your kid and giving them your full, positive attention. We can make this time more valuable by working on something that’s become a problem with the idea of positive opposites. So, let’s say that the problem is that your child is really struggling with sharing, or snatching stuff away from siblings without asking. Think about the opposite of that behavior. What is it that you want them to be doing? What’s the opposite of snatching toys away from other kids that’s a positive behavior, the positive opposite. Maybe it’s ASKING BEFORE taking something. Maybe it’s offering a turn to someone else. Maybe it’s handing a toy gently to the person who asked for it. Maybe it’s staying calm when someone asks to play with whatever they’re playing with. Think of at least 3-4 examples of what you wish they’d do instead of that problem behavior before play time. Then look for those specific things while you play and make sure you comment on them, every time they do it. “Oh thanks for letting me have a turn with your toy.” Or, “I love sharing and taking turns with these toys with you.” A lot of times we focus so much on what’s not going well, and try to correct it in the moment, that we don’t notice when they do that thing well, even if it’s happening less often. Fill up their emotional gas tank with attention for the specific things you want them to do more often. This is like putting the right kind of gas in the car. Everything will run better when they’re getting the right kind of attention. It’ll also make it more likely they do that positive opposite again in the future.

You can also absolutely take this idea of positive opposites outside of special time. Just comment throughout the day on what you want them to do more of. I would recommend focusing on only 1 or 2 behaviors at a time though. That way, you can really make sure you pay attention to improving those specific things. If you’re having trouble coming up with the positive opposite of something, put it in the comments below, and I’ll reply back with some ideas. But just a few common examples, the opposite of interrupting would sound like, “thanks for waiting your turn to talk” or “thanks for tapping my arm to let me know you had something to say.” The opposite of not listening might be “thanks for doing that the first time I asked.” The opposite of tantruming when told no, could be “thanks for staying calm even though you didn’t like my answer.”

Another tip for handling misbehavior without consequences is to just not pay attention to it, to let it go. Some things are honestly just not worth commenting on or correcting, especially when it comes to keeping your relationship with your child a priority. When we’re thinking about that emotional gas tank, we want to make sure we’re consistently filling it with positive attention and words. Of course, not every conversation or interaction between you and your kids is positive, sometimes you need to give correction to keep kids safe or you need to have consequences when something really crossed a boundary or broke a rule. But you want to think about keeping a ratio of 5:1 of positive to negative moments with your child, to keep your relationship balanced, warm, and strong. So for those minor things, that are frustrating or annoying but no one is in danger or would be harmed by what’s going on, just let them go. Don’t give attention to them, which means that you keep your face neutral to avoid a reaction when they happen and don’t say anything in response. It’s like if your kid asked you to buy them a tesla. You’d probably say no automatically because they can’t even drive yet, and it’s an expensive car. And if they kept asking you and asking you, you’d just stop responding because you know your answer won’t change and you know it’s kind of a ridiculous request. Eventually, when you stop paying attention, your child will stop asking too.

Another tip for handling misbehavior without consequences is to set up your environment, so that problem behavior isn’t likely to happen in the first place. So, if we go back to that snatching toys example, setting up your environment, might be putting away your child’s few special toys BEFORE the playdate or siblings come, so that they don’t feel the need to protect and snatch them when other people are around. You can talk to your child about it and let them know why you think it might be a good idea and get your child to help put them away somewhere else. Or, let’s say your child is in a big whining phase. AND you know the whining gets worse when they’re hungry. Instead of expecting them or correcting them to always use a regular voice, even when they’re hungry, have a space they can go themselves to grab a healthy snack like some pre-cut fruit or veggies at the bottom of the fridge. You’re setting the environment up for them to be more successful at times when you know problems come up.

I also want to make a disclaimer here, and go on the record and say, consequences and discipline aren’t bad, they don’t damage your relationship with your child when done thoughtfully, and not in a reactive way. But it is important to use them sparingly, only when really necessary. And like I said in the beginning, there are many other ways to handle the situation or problem that will continue to grow and strengthen your relationship. Ways to have more positive and warm moments rather than negative ones.

One common situation that comes up, that parents often feel they need a consequence for, is when kids don’t listen to what they say. But what if there was a different way to handle this? What if you did something different in HOW you told your kids to do something that made it MORE likely they’d listen, keeping everyone calmer and happier? Be sure to watch this video below next to learn about how to do that. And if you found THIS video helpful and want to say thanks, don’t forget to tap the like button and subscribe. It’ll help it spread to more families who need it.